Gua-Shá therapy – what it is and what the benefits 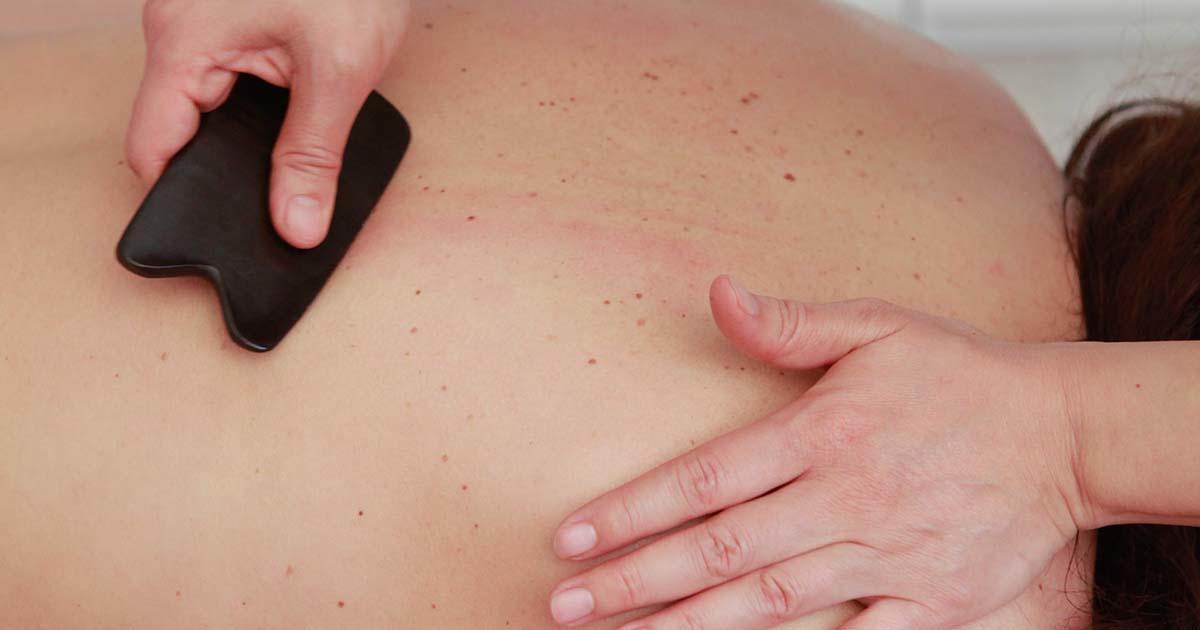 Today we will talk a little about the therapy with Gua Shá, known and practiced by the Orientals for thousands of years.

The words: gua shá mean shaving and pathogenic factor respectively. Thus, the technique consists of scraping through the skin and out of the body what is not good for health. As it is a very old technique, in its beginning even stone chips or animal horns were used to scrape the skin, until the polished jade stone became the main resource for its realization.

It is believed that in addition to the healing power of scraping, jade is a stone that brings health, prosperity, strengthens friendships, elevates the spirituality and thoughts of those who use it.

But what are the objectives and benefits of this technique?

How is it carried out?

The procedure can be performed with or without oil for sliding. Originally it was done dry, causing marks on the patient’s skin and considered a painful technique. Currently, it is carried out with a little oil for sliding, which can be chosen according to the patient’s need, associating aromatherapy techniques to gua-shá.

The therapist must then spread a small amount of oil on the surface to be treated, and slide the jade stone over the surface, starting with slow, light movements and increasing the vigor according to the patient’s sensitivity.

There is no exact number of times that the jade stone should be slid, but the therapist needs to know that the more marks he leaves on his patient, the longer his recovery time will be. It is normal for some blood capillaries to rupture during the procedure, causing redness and even bruising. The technique can only be done with this vigor in more resistant regions, such as the back.

When there are marks, it is normal for them to remain for 7 to 10 days. The patient should avoid exposure to the sun on the spot.

Gua Shá is often made on the face, in order to perform lymphatic drainage and nourish the tissues for better skin nutrition and beauty. The movements should always be performed from the center of the face to the sides, never the other way around, to avoid “wrinkling” the skin.

We can say, then, that Gua Shá is nothing more than a technique that uses micro lesions by scraping the skin that forces the body to renew the most superficial layer and nourish the tissues for healing, which will bring all the benefits already mentioned.

Practice and see the results 🙂

A big hug to everyone.